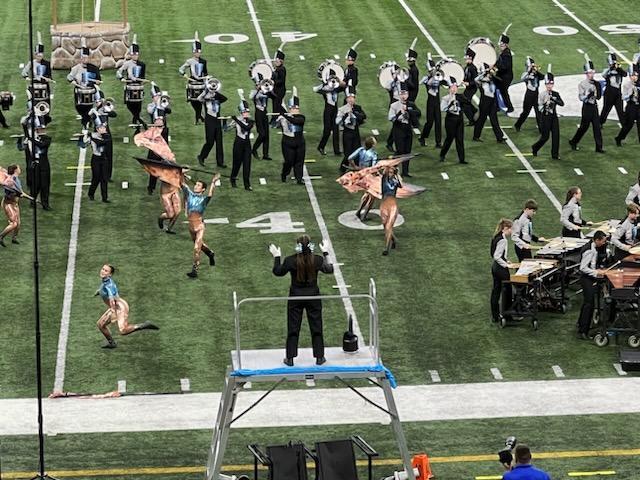 The Miamisburg Viking Marching Band finished yet another historic season at the Bands of America Grand National Championships in Indianapolis, IN. For the second consecutive year, the band placed only one spot out of the semifinal round in a field of 100 of the best bands from around the country, receiving the third highest preliminary score in school history.

The class of 2023 concluded their fall marching band careers with a long list of impressive achievements. Our current seniors who have marched since 8th grade (four competitive seasons) have achieved the following:

We are so proud of the expansive growth our students have achieved that led to these incredible performances. Thank you to every band student, band volunteer, staff member, and supporter that helps make the Miamisburg Marching Band so special!

Watch the last performance of the season!