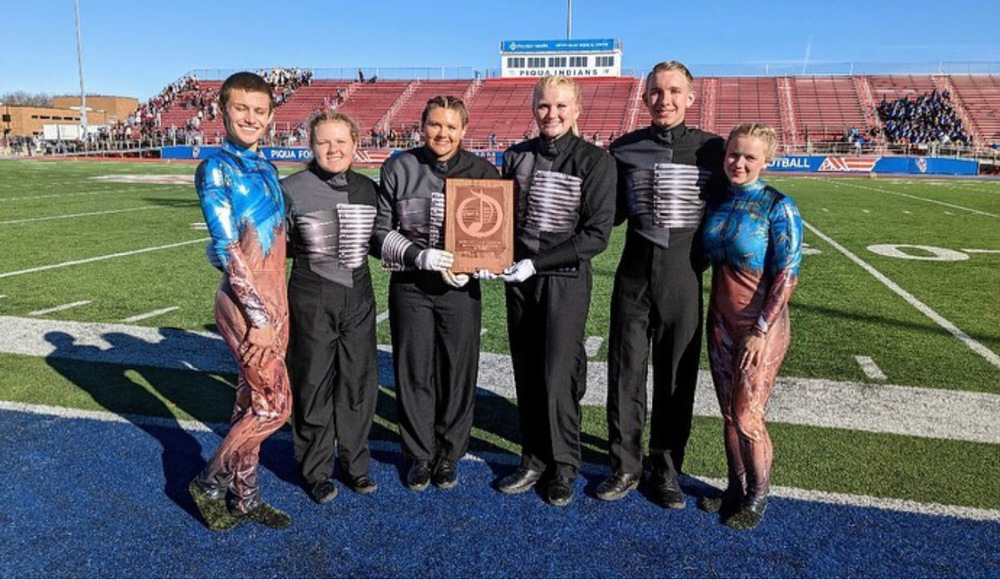 Last month, the Miamisburg Viking Marching Band brought their show “A Thirst For…” to the Versailles Marching Band Invitational held in Versailles, Ohio, at H.B. Hole Field, where they won every award for which they were eligible. Eighteen bands competed at the invitational.

The Ohio Music Education Association classified the Vikings in the highest-possible AA category and awarded them best-in-class awards for Best Percussion, Best Guard, Best Music, and First Place in the AA category.

The band was also named Grand Champion across classes A and AA and received unanimous Superior Ratings from every judge.

The Viking Band performed at their own invitational on Saturday, October 22, in an exhibition with 23 bands from Ohio, Indiana, and Kentucky at their very own Holland Field.

Thursday, the band will perform at the Bands of America in Indianapolis. Best of luck Vikings!